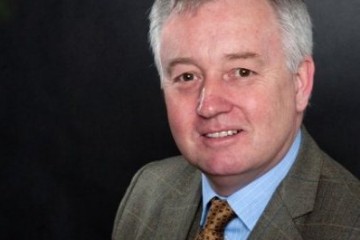 “Having worked more closely with the Rediscovery Centre (RDC) for the last 3 years as a board member, the events of the last few weeks have been particularly exciting. Under the leadership of Dr Sarah Miller, RDC secured €3.6 million European Life+ funding to redevelop the old disused boiler house landmark building in Ballymun, North Dublin. RDC moved into their new facility only last week. They now start the challenging process of creating a 3D text book to showcase this exemplar ecological systems facility, which will focus on leading the change from waste to resource through reuse, redesign, research and education. Over the next 3 months a number of pilot projects will test the new centre before a formal opening in March. I look forward to continuing to engage with the project and the organisation in realising its goals.”

Derek McGarry is Head of Innovation and Engagement at The National College of Art and Design where he works across all four schools in Design, Education, Fine Art and Visual Culture. He is the Project Manager at Origin8 which is the new technology transfer office at the NCAD.

Derek is a Past President of the Institute of Designers in Ireland (2010-11). He was elected to the Board of Directors of the Crafts Council of Ireland in 2011.  In 2004, he was appointed to the General Panel of Experts – Higher Education and Training Awards Council, Ireland.

Derek is a practicing designer and design researcher. He is a member of the NCAD Research Institute. Earlier this year his new technology design work was exhibited at the international Inhorgentia jewellery exhibition in Germany. Having obtained significant international design awards throughout his career, his metalwork is included in the permanent collection at the National Museum of Ireland and Worshipful Company of Goldsmiths in Dublin, as well as in international private collections. Derek has presented his research in peer reviewed international design conferences in Australia, China, Finland, Italy, and the USA.

Derek is an active and visionary member of the Board of Directors for  the Rediscovery Centre where he provides support and advice to the executive team. Over the years he has been the catalyst for a number of highly successful Rediscovery Centre collaboration initiatives including the ReCraft project, the Creative Lab and the Marie Keating ‘Brammock’. 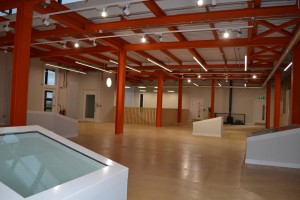