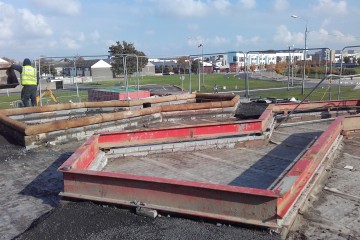 As progress continues on the development of the Rediscovery Centre’s interactive environmental education facility, focus has turned to the opportunities presented by the natural environment. Architectural landscape plans have been put to the test with Purcell Construction once again embracing the reuse challenge to create a kitchen garden with a difference. In keeping with the ethos of the WISER Life project, the newly installed planters for the garden have been constructed using old pipes and steel beams from the old Ballymun Boiler house.

The planters have been installed on the roof of the reservoir and will be accessed by visitors via an external bridge from the main building. The demonstration kitchen garden will grow herbs and produce for the eco-cafe and will be used to teach about gardening, farming and food.

In July 2010, the Ballymun Boiler House, which provided the district heating system for all of the 36 blocks of flats (7 fifteen storey, 19 eight storey and 10 four storey blocks) and 450 houses in the Garden Estates in Ballymun, was decommissioned after 40 years of service. In its day the central heating system, which supplied heat and hot water to over 2,800 families was the largest in the British Isles and was considered highly innovative.  The potable  water supply to the flats and houses was also fed from the Boiler House. This method of supplying water was also state-of-the-art in that it was pumped directly from the reservoir to the taps in the individual flats replacing the need for large storage tanks in the roofs of the blocks and associated booster pumps.

The boiler house and reservoir were due to be demolished as part of the Ballymun Regeneration project however the WISER Life project has provided a new future life for both buildings as they continue to demonstrate innovation through exemplifying industrial space reuse. 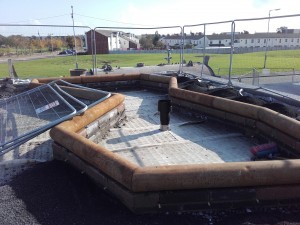 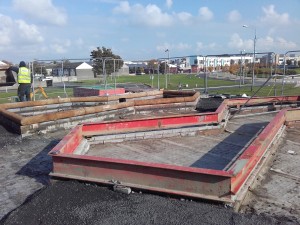 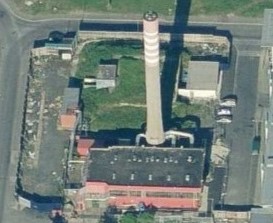